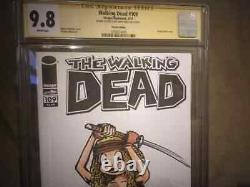 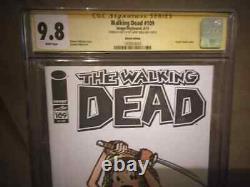 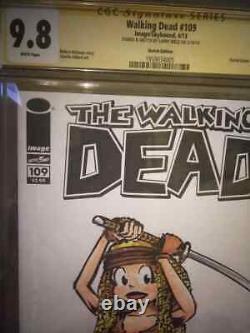 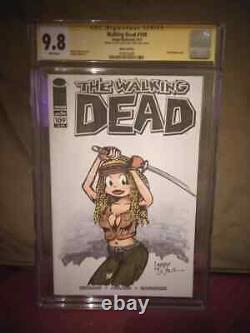 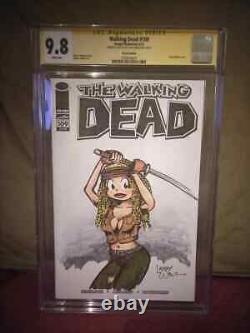 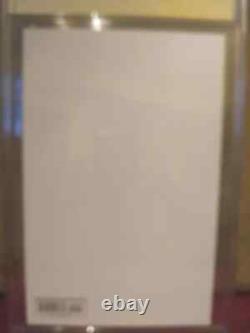 The Walking Dead is an American post-apocalyptic comic book series created by writer Robert Kirkman and artist Tony Moore. It focuses on Rick Grimes, a Kentucky deputy who is shot in the line of duty and awakens from a coma in a zombie apocalypse that has resulted in a state-wide quarantine.

After joining with some other survivors, he gradually takes on the role of leader of a community as it struggles to survive the zombie apocalypse. First issued in 2003 by publisher Image Comics, the comic is written by Kirkman with art by Moore and Charlie Adlard. The series ran for 193 issues, with Kirkman opting to end the series in July 2019 as a surprise to its readers. The Walking Dead received the 2007 and 2010 Eisner Award for Best Continuing Series at San Diego Comic-Con International.

The series was adapted into the AMC television series The Walking Dead, which premiered in 2010. The franchise has also spawned multiple additional media properties, including video games, a companion television series, webisode series, and various additional publications, including novels. Michonne Hawthorne is a fictional character from the comic book series The Walking Dead.

The character also appears in media adaptations of the series, most notably the television series of the same name. Armed with a katana and harboring a mysterious past, Michonne is introduced clothed under a hood and pulling the shackles of two reanimated corpses for protection and camouflage. Has been critically praised, often regarded as a fan-favorite in both mediums and was voted #86 on IGN's Top 100 Comic Book Heroes. Offered here is a copy of Walking Dead (APRIL 2013 Image) #109B - BLANK VARIANT with a one of a kind sketch cover.

Features a quasi mash-up as Cherry role plays and finds her inner Michonne. Signed and sketched by artist LARRY WELZ on 3/10/2019. Lawrence Welz , better known as Larry Welz, is an American cartoonist, who created Cherry Poptart. He was an early contributor to the underground comix movement in the San Francisco area during the late 1960s and early 1970s.

Evolving out of early prototype stories in Funnybook and Bakersfield Kountry Komics, Welz created Cherry Poptart. Cherry quickly became his most successful and well-known comic book series. Cherry was a comic book about an adventurous 18-year-old woman and her friends. Welz has collaborated with a variety of other well-known artists and authors on comic books and other projects over the years, including Mark Bodé, Neil Gaiman, and Larry Todd.

He continues his involvement in both comics and commercial artwork. The first issue of the comic storyline.