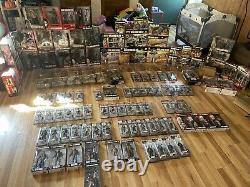 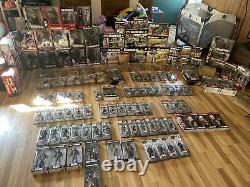 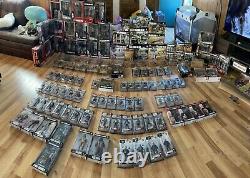 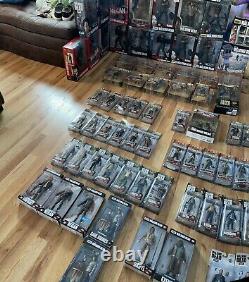 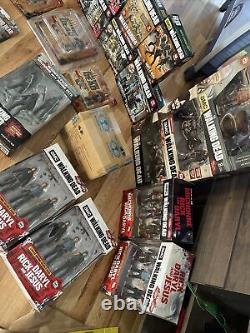 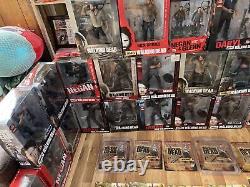 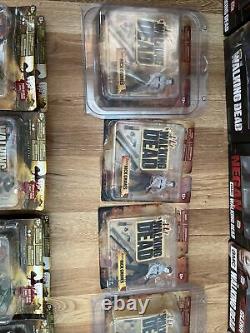 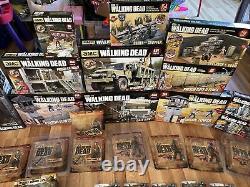 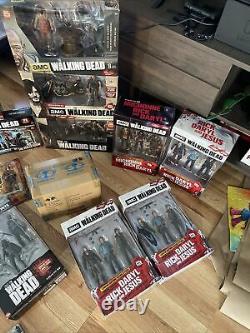 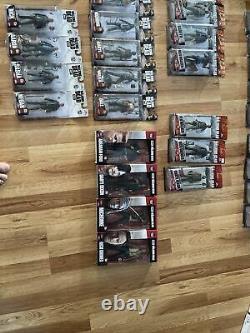 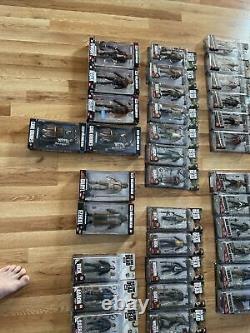 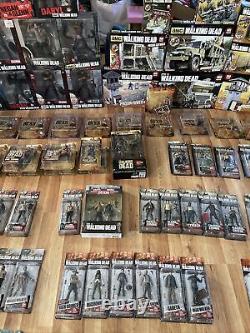 Largest complete collection of Mcfarlane Walking Dead Construction Sets & Figure. Everything is brand new in the box and there is numerous extras of very hard to find figures including the Series 1 Rick Grimes Bloody Variant time 3. Below is a complete list.

Dale Horvath Death scene, Beth, Constable Michonne, Water Walker, Daryl Dixon, and T-dog. On the website you will see a figure for Paul "Jesus" Rovia This figure was never put into production, I have called the company directly, so even though it is on the website, it doesn't exist. Additional Figures for 2016 are below. Constable Rick Grimes Exclusive, 10 inch Glenn, Daryl with custom chopper, 10 inch Vigilante Rick Grimes. Bloody Negan Walmart only edition.

These figures look close related, but this one Negan has blood all over Lucille and his jacket. Very Very Rare Carl Grimes and there is two of them included. Additional products included in 2017 are listed. 10 inch Negan, Negan and Glenn Deluxe figure set, Very Very rare Heroes 3 pack with michonne, rick and daryl, 10 inch Glenn legacy figure, Sasha, 10 inch Negan Deluxe, Aaron Exclusive.

The final season produced by McFarlane for the Walking Dead was 2018. Addiitonal Products produced in 2018 were such. Allies Deluxe set which is the only set produced with Jesus in it. I have 3 of these in total and they are very rare. 10 inch Figure Daryl Dixon deluxe.

Very Rare Wolves Not Far 2015. This is the website to verify all the toys. There are no Resin Statues included with this collection or it would be almost twice as much.

Neither Lucilles (bats) are included either. There are several highlights to this collection. Series 1 there is 2 complete sets with 3 bloody variants of Rick Grimes. One complete set is incased in hard plastic. There are additional 10 inch figures included of Rick Grimes, Negan, Daryl Dixon, and Glenn.

All the construction sets are included. There are 3 of the Allies pack with is very rare. In addition, I will include a full case of 24 packs of blind bags.

They are in the cardboard box of the upper right picture of the set up near the Allies and Heroes pack. Everything here is brand new in the package and never been opened. There are only two were one part has come loose inside the package, but I'm not opening them to put them back in their spot. A few, and only a few have minor crease wear. These have all been stored in sealed totes, bubble wrapped, in the house.

They will come in multiple boxes. If you have any questions please don't hesitate. This item is in the category "Toys & Hobbies\Action Figures & Accessories\Action Figures". The seller is "chriva-7" and is located in this country: US. This item can be shipped to United States.